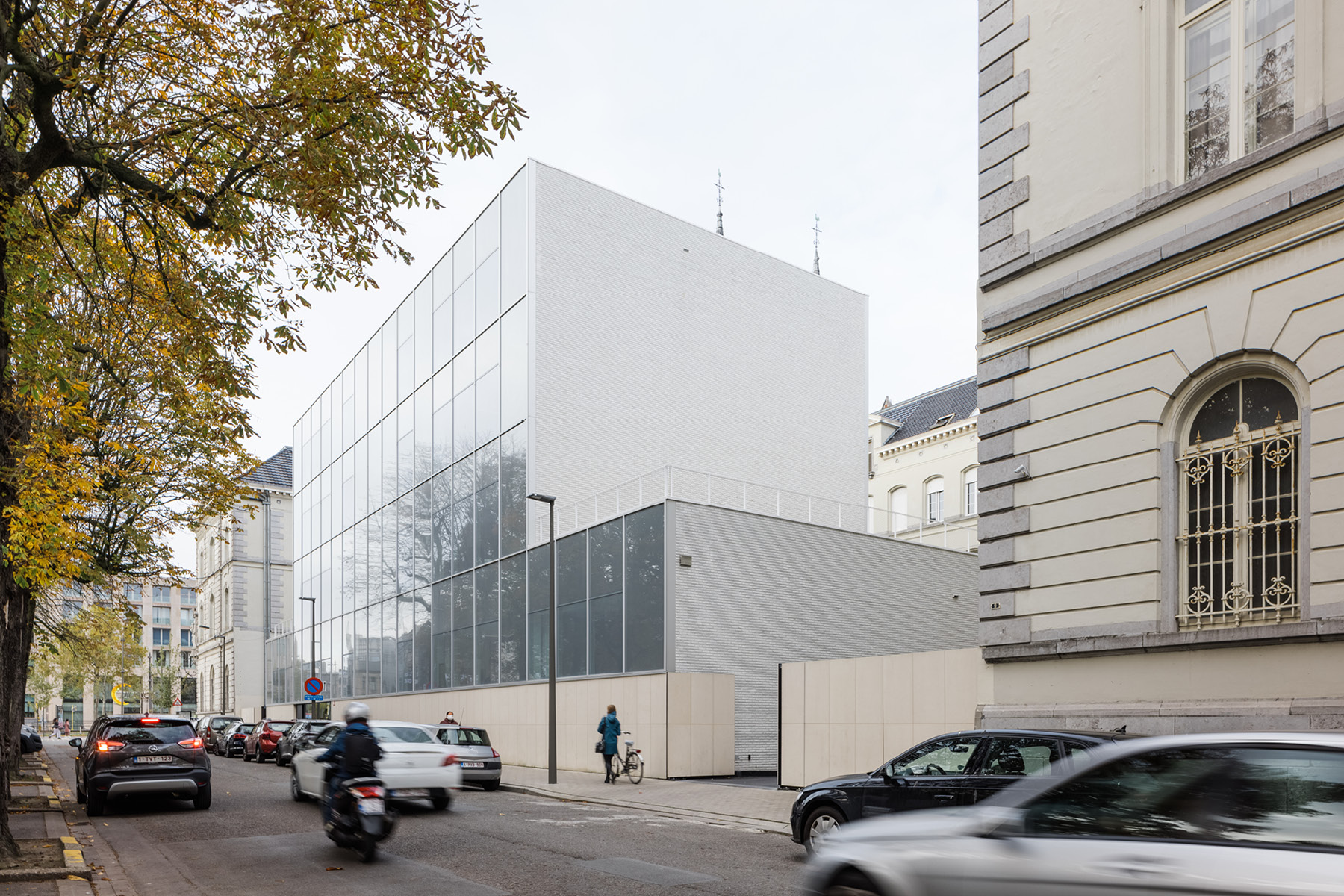 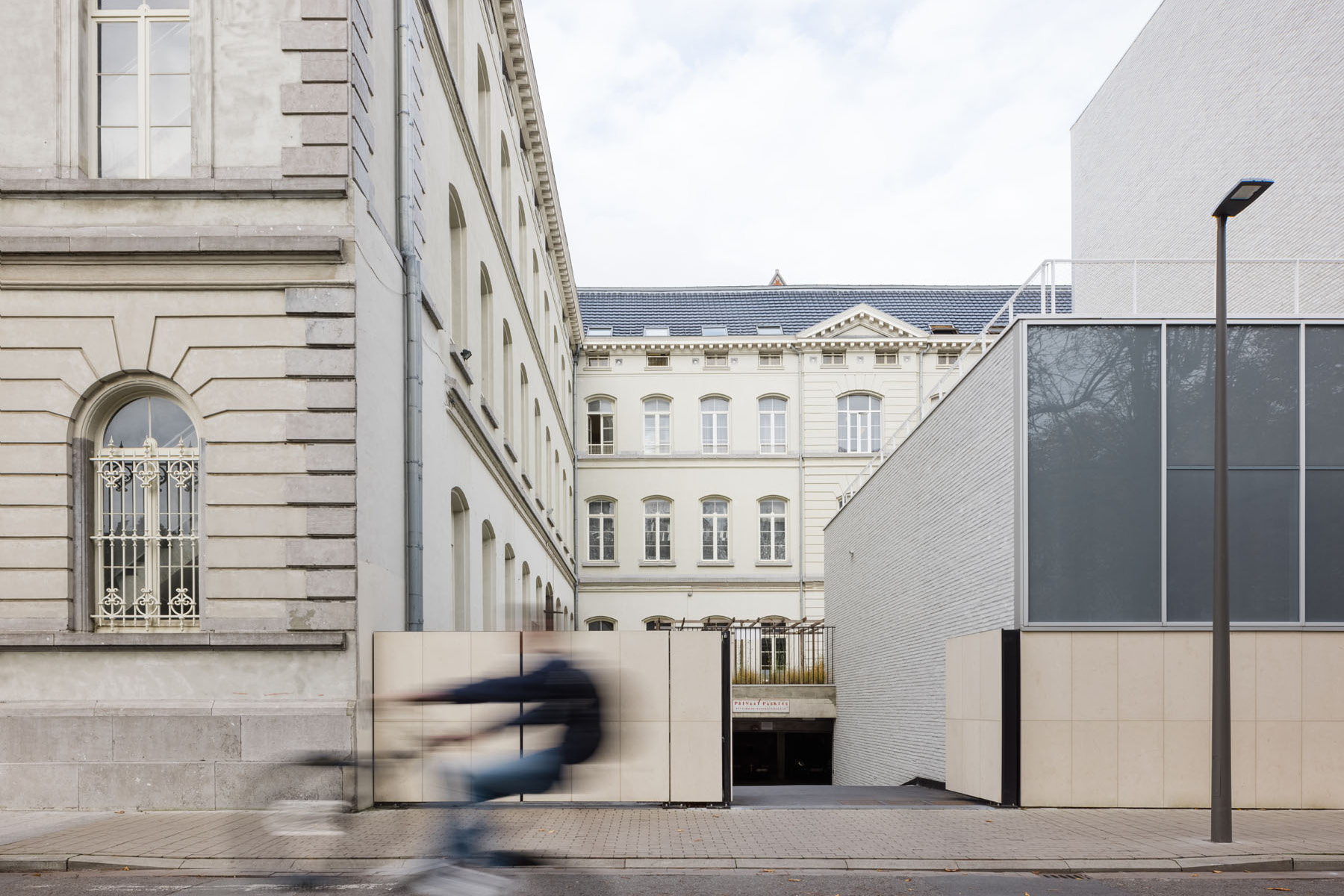 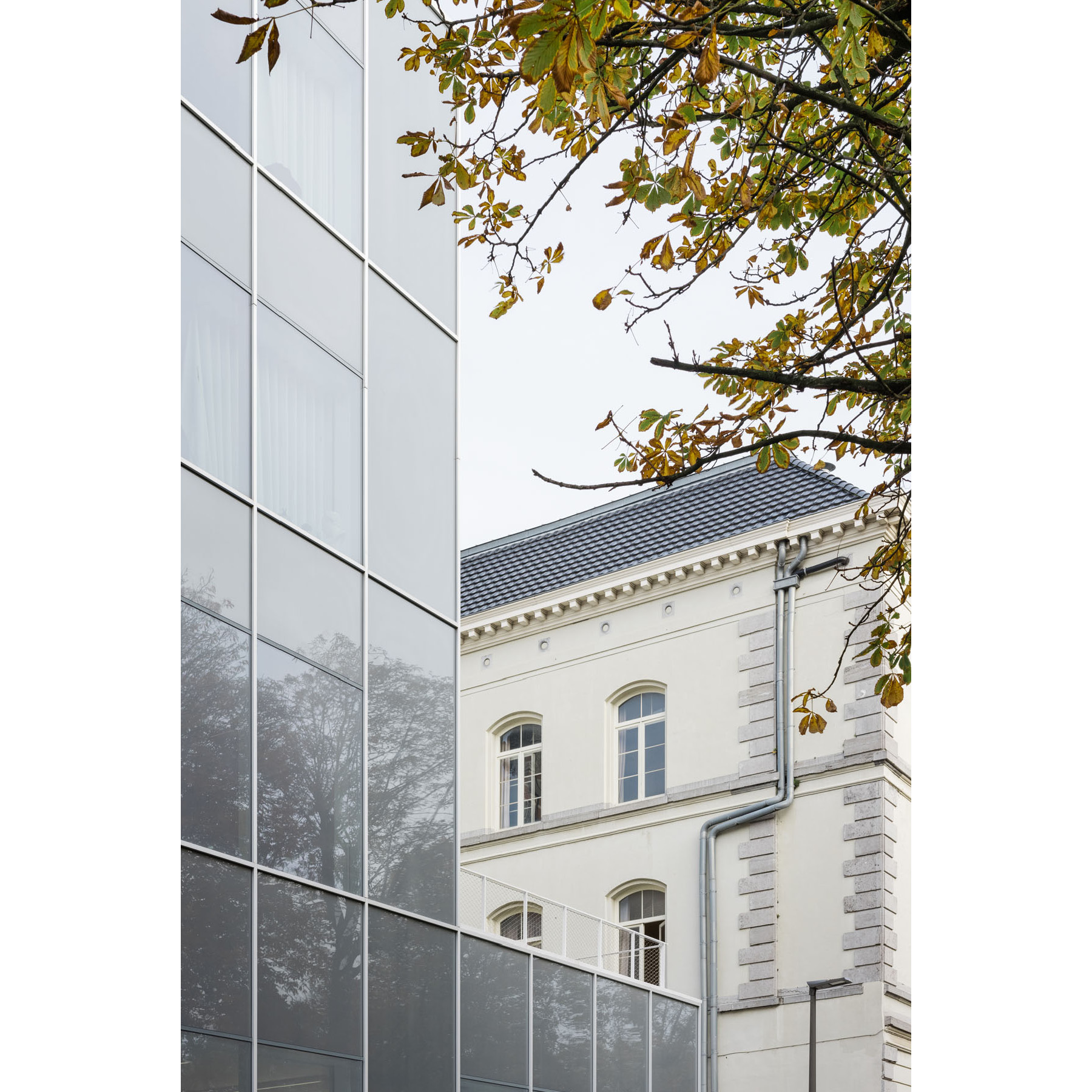 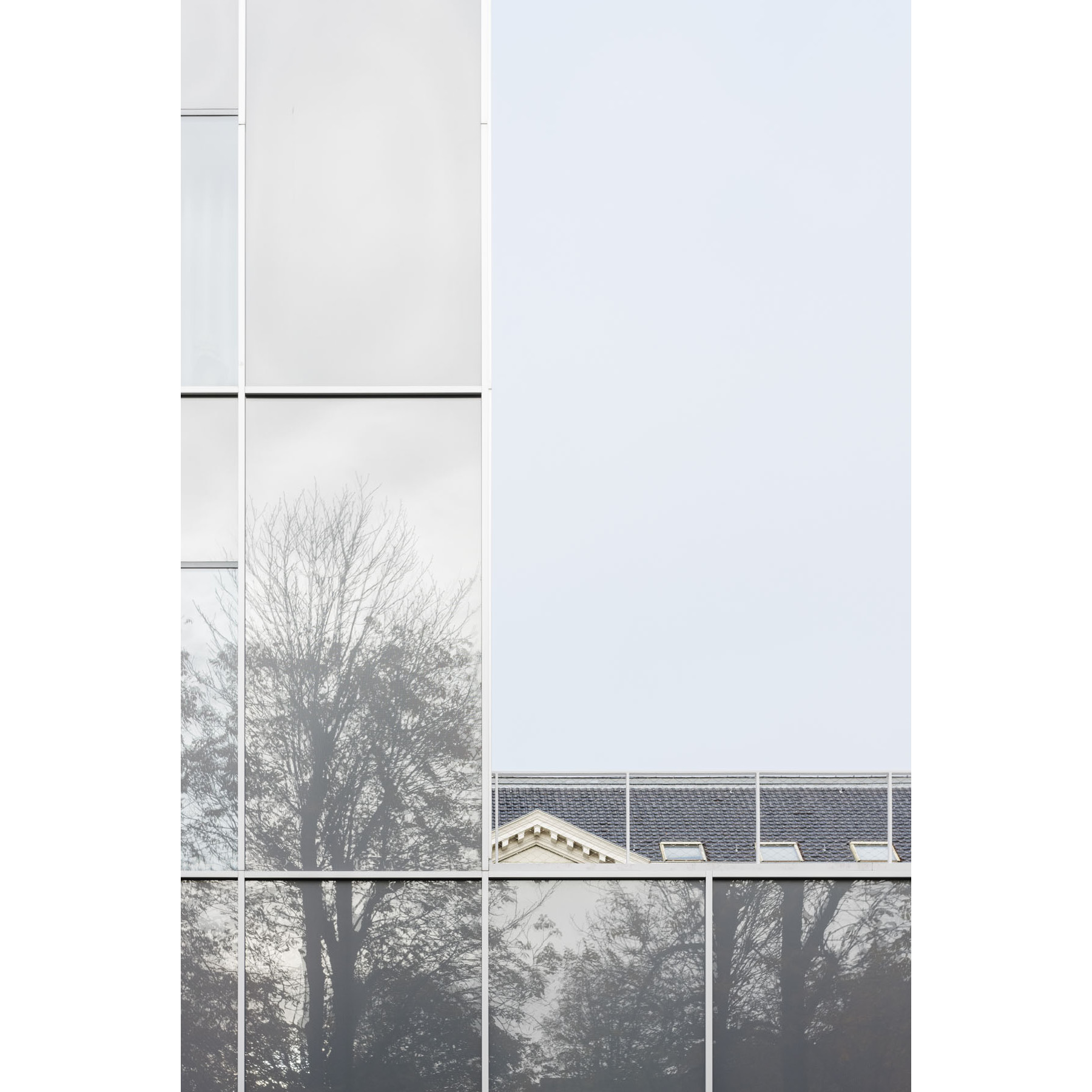 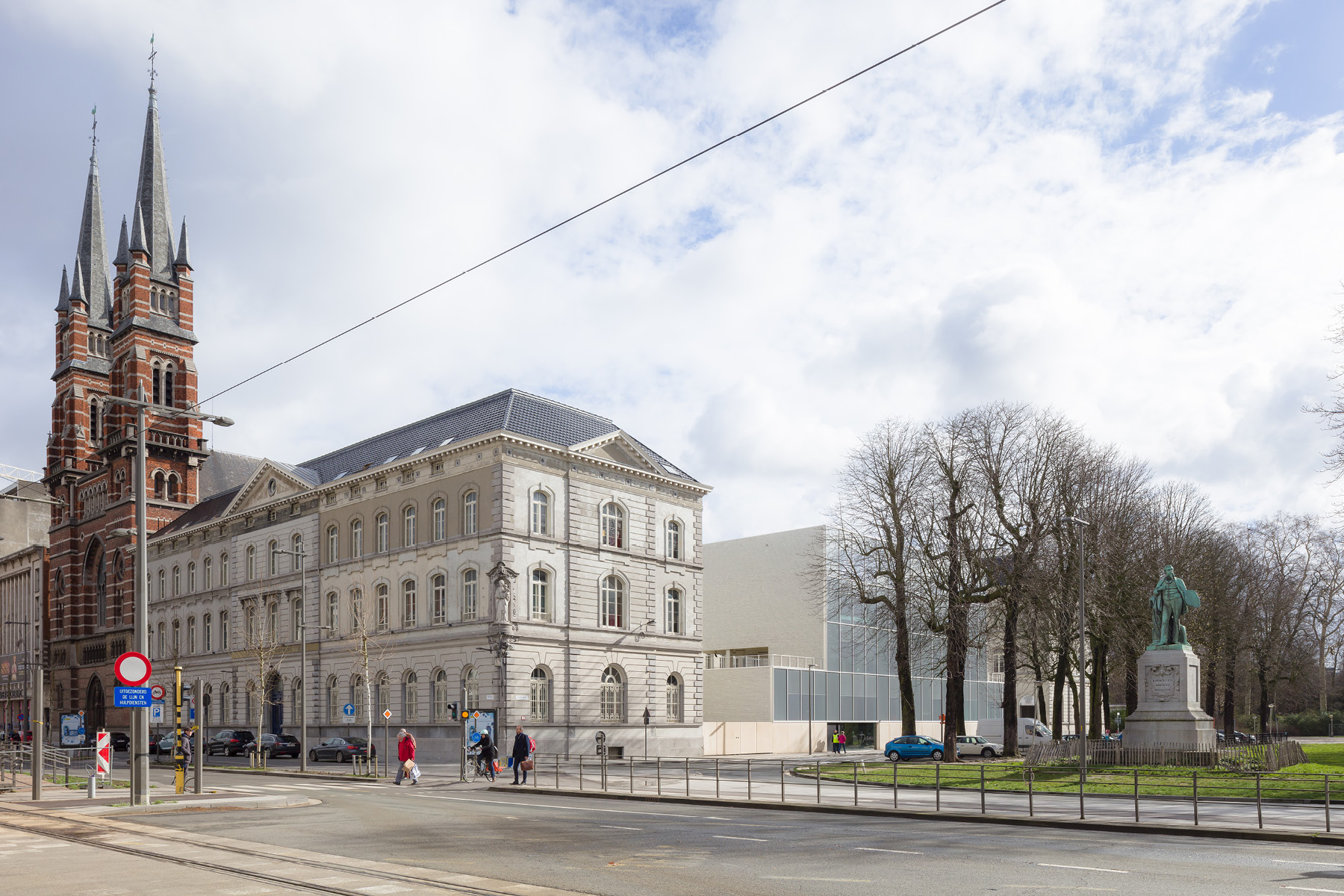 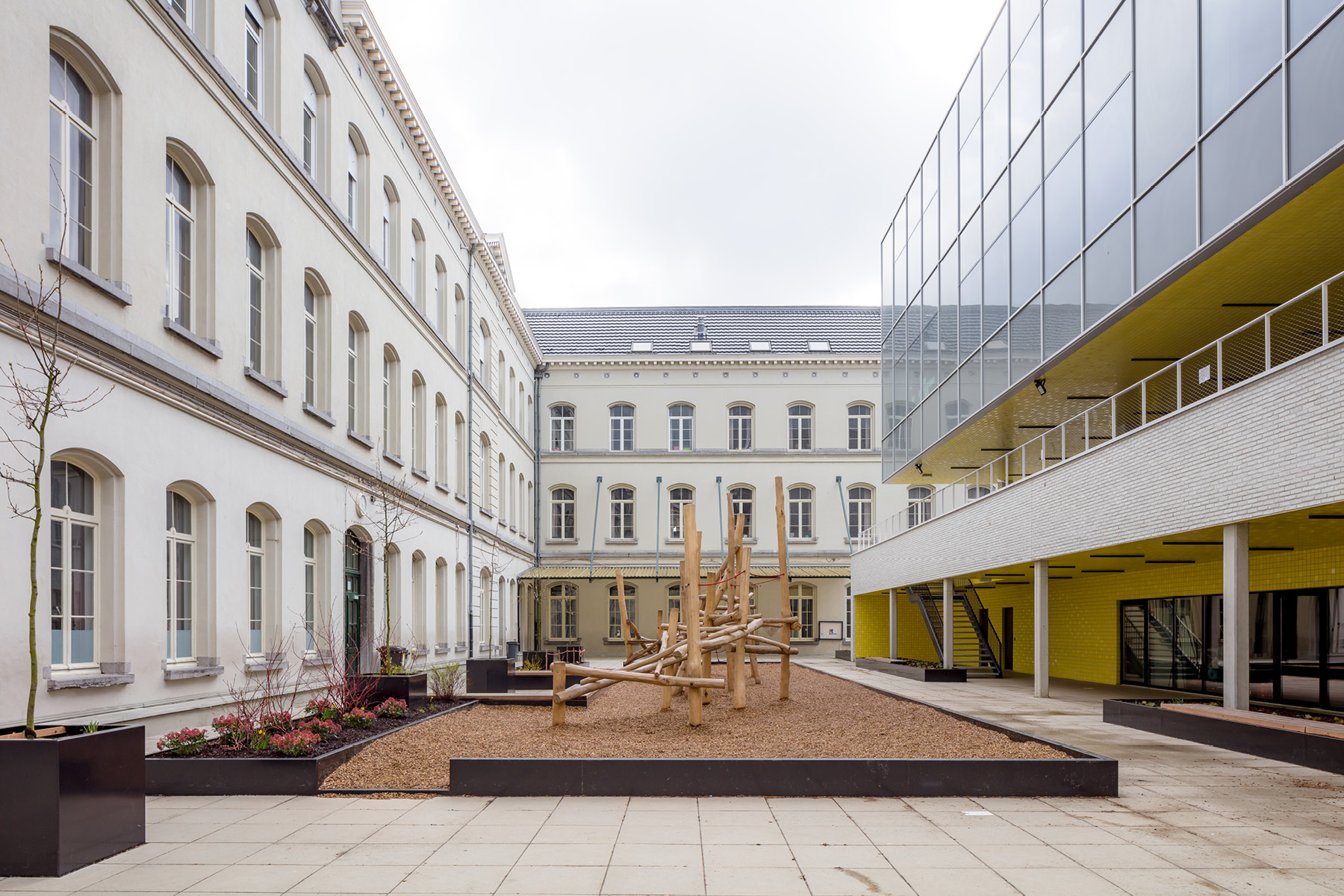 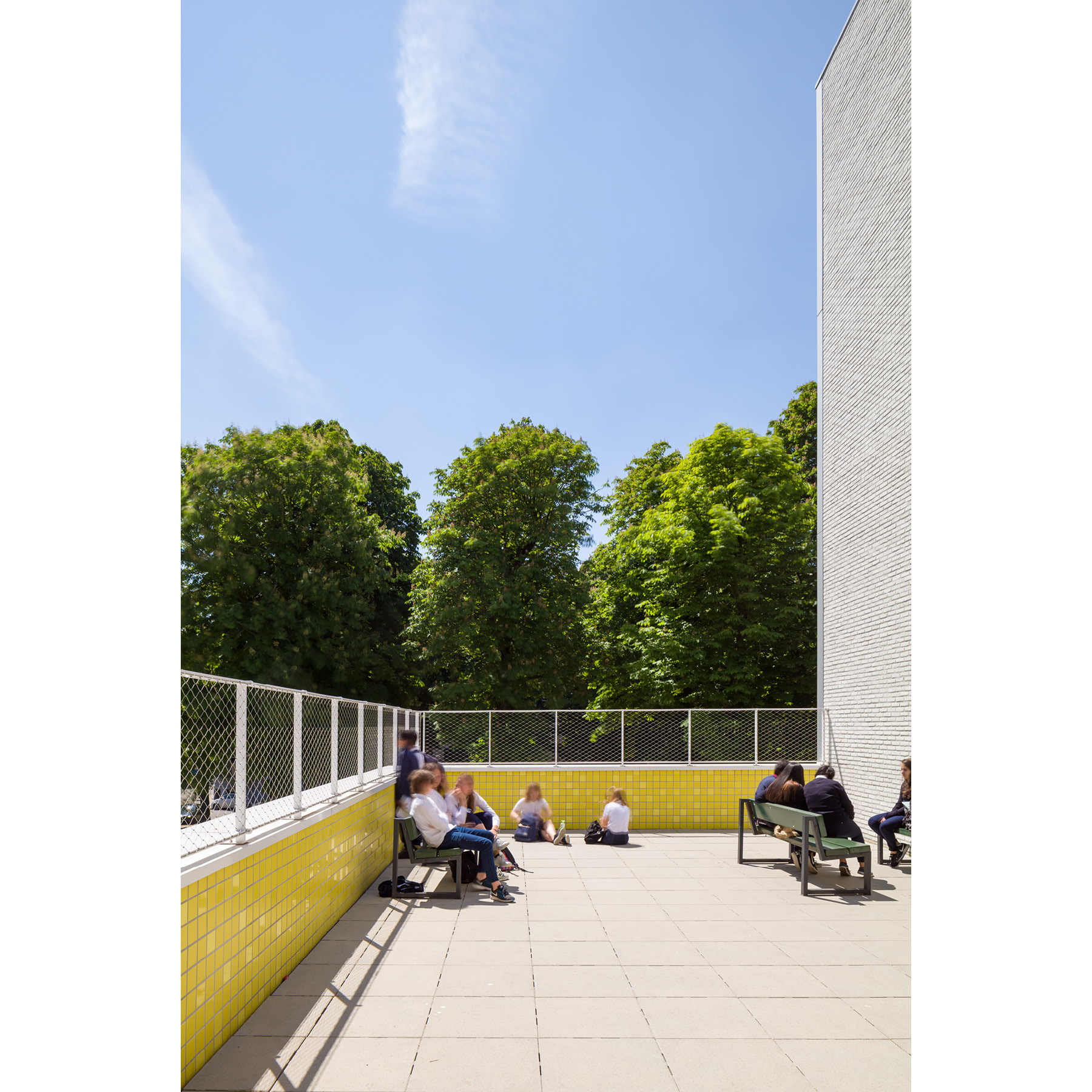 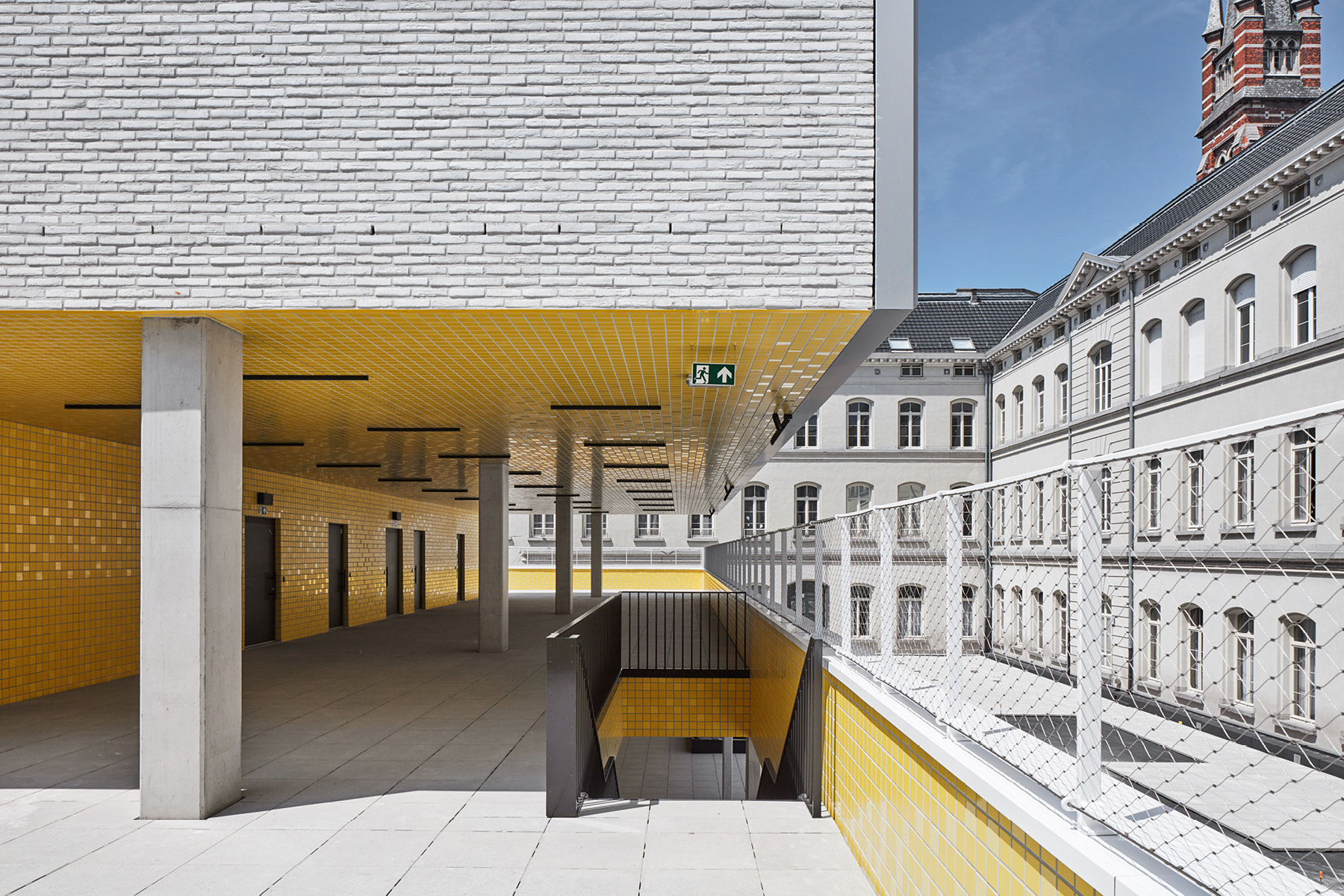 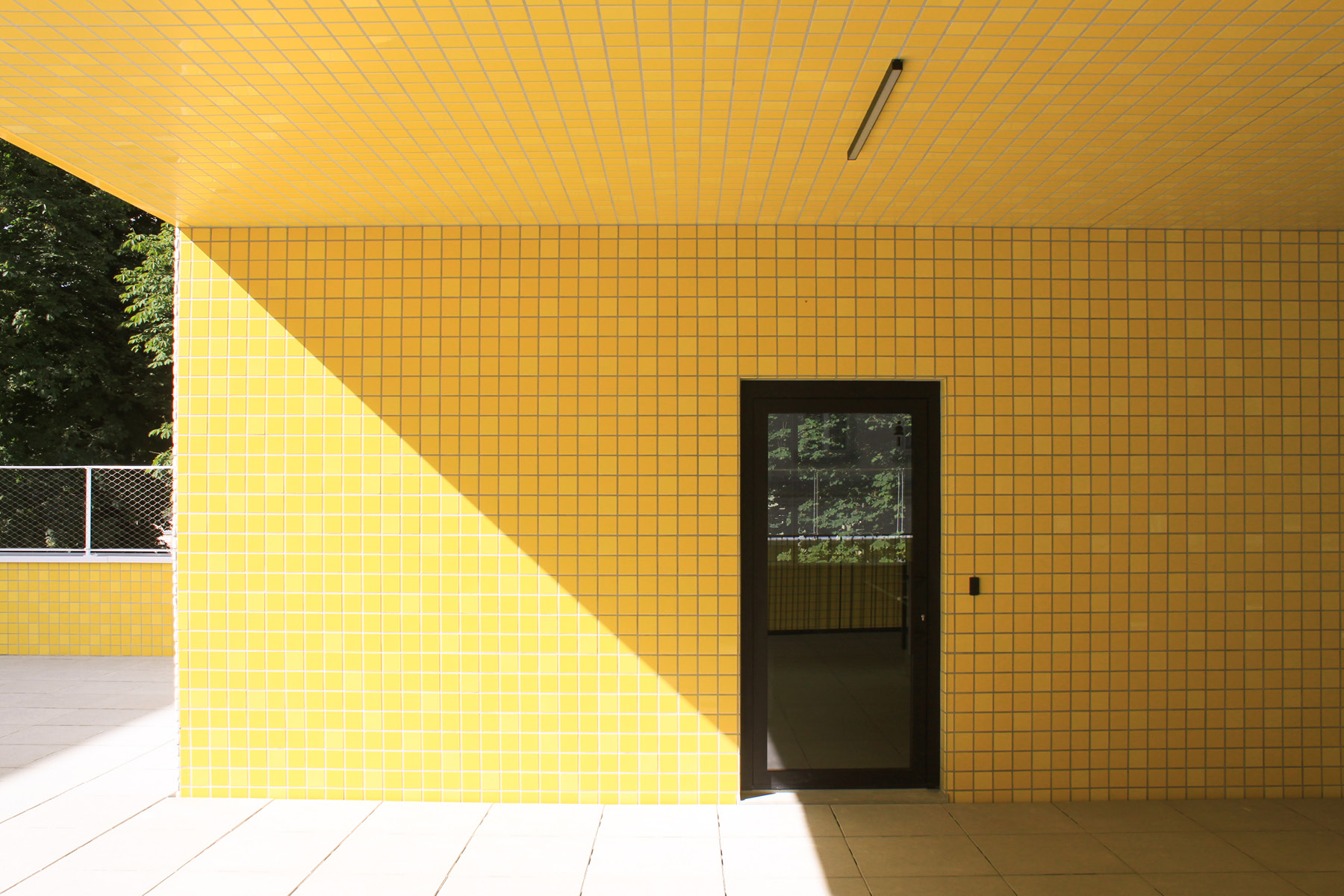 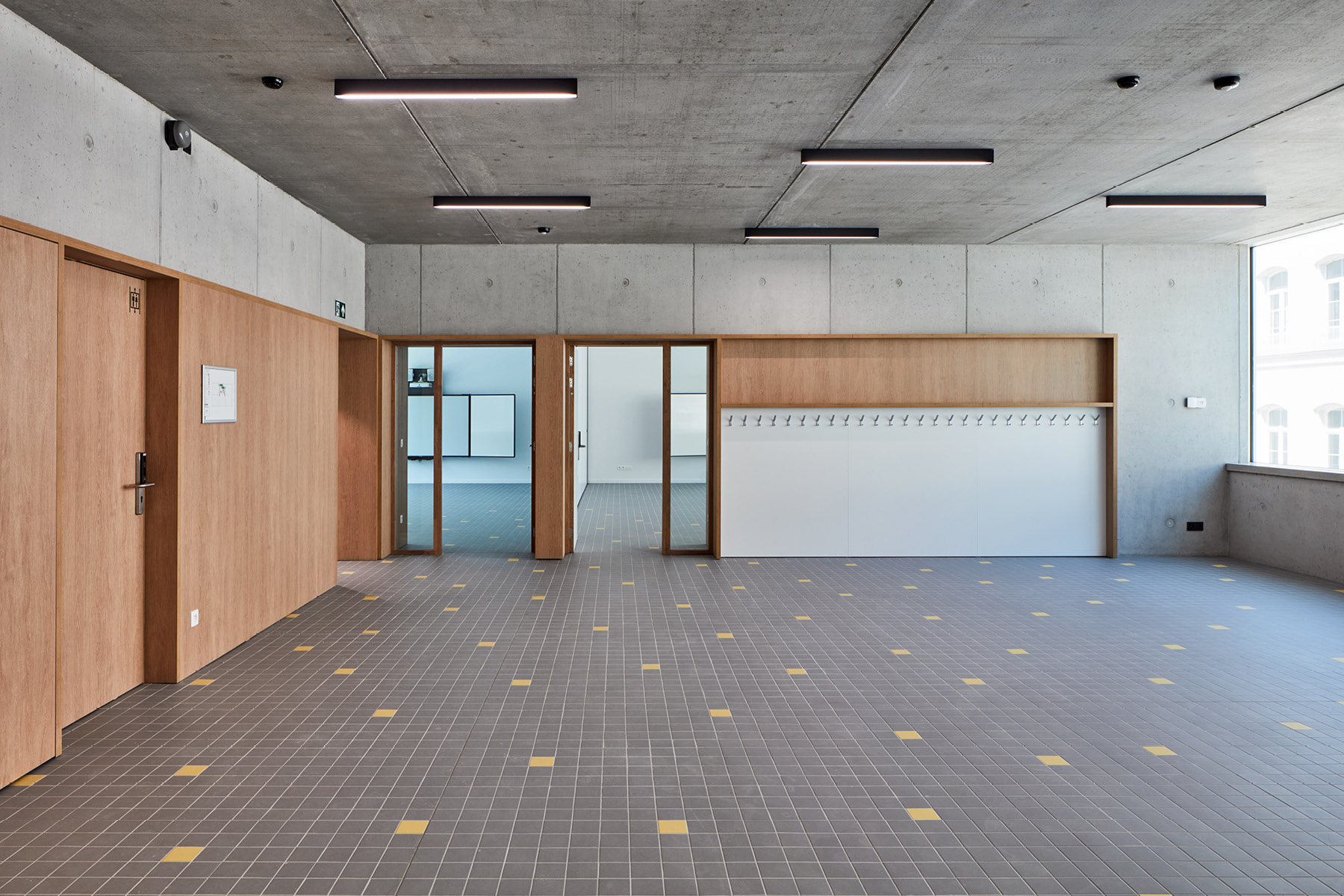 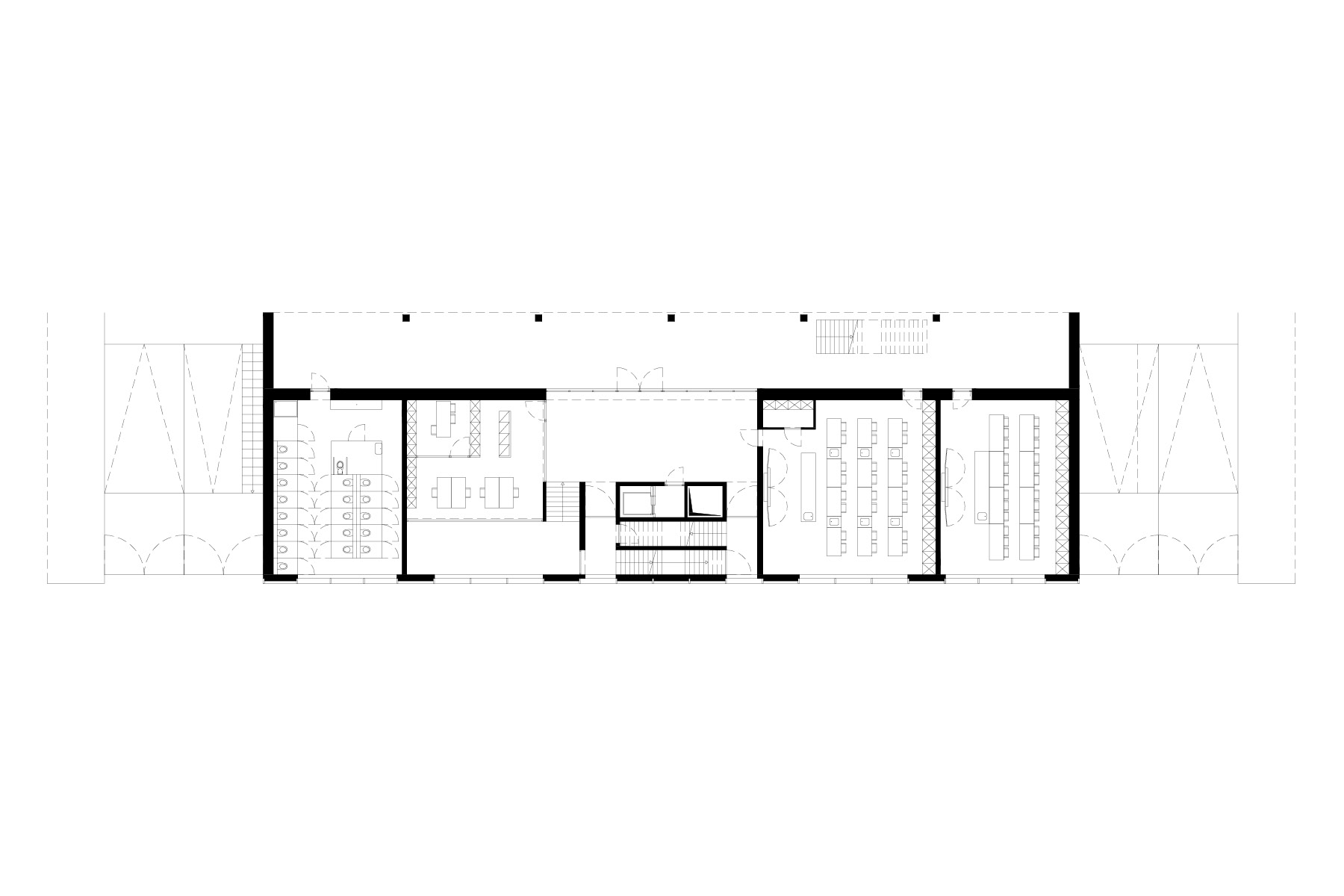 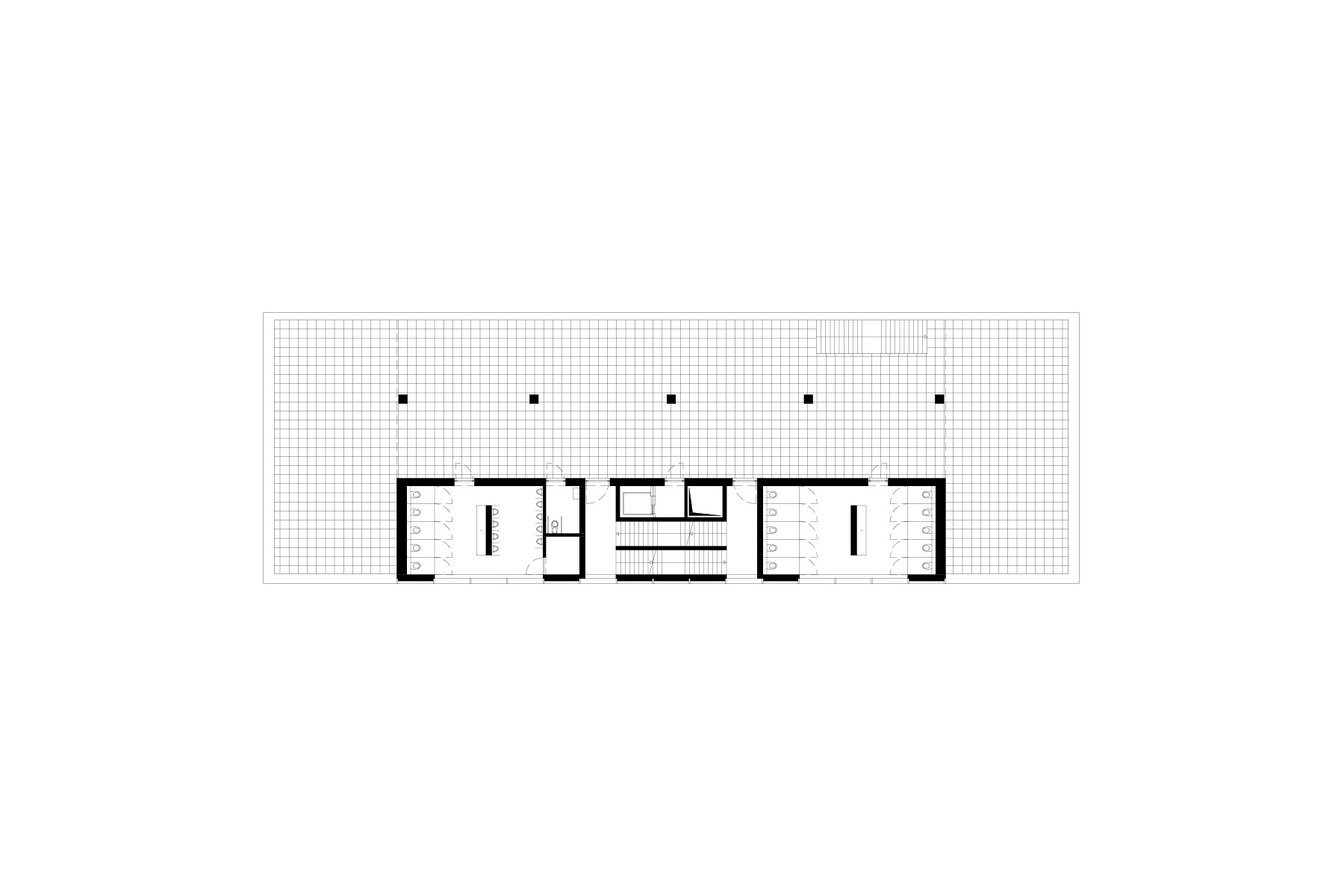 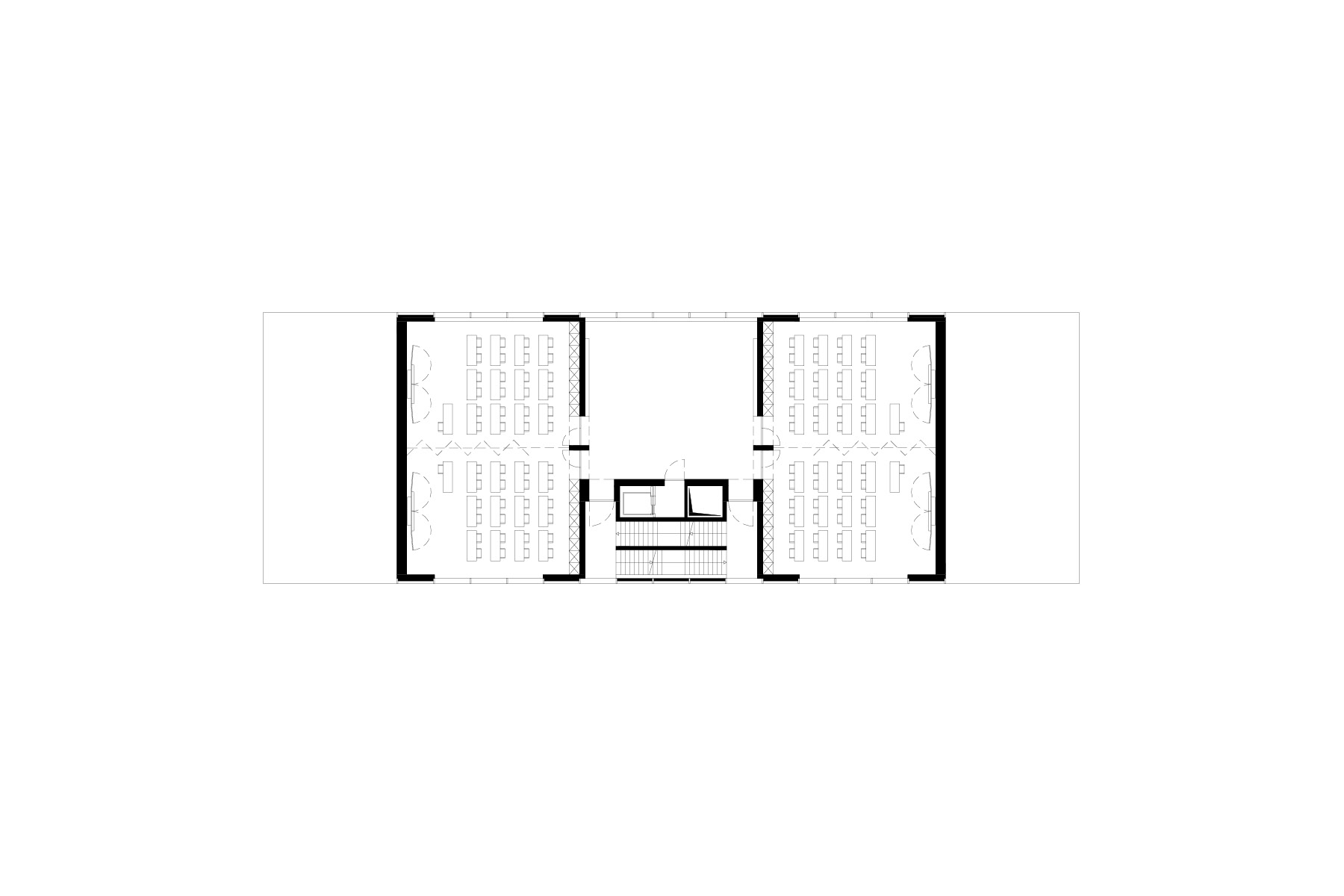 The demolition of the existing school building on the site of ‘Onze-Lieve-Vrouwecollege’ on Frankrijklei in Antwerp and its replacement with a new building must provide an answer to the demand for additional school infrastructure on the site. This demand was created by extra throughput due to the creation of a nursery school on the one hand and by the move of the humanities department of ‘De Dames’ to the college site in 2018 on the other hand.

The existing L-building on the Louiza-Marialei, designed by Rie Haan in the 1960s, has not been in use for several years. This is due to the poor structural and physical condition of the building. Taking into account the poor condition and the limited surface area of the classrooms, Onze-Lieve-Vrouwecollege decided to demolish the building completely and to replace it with a new building with additional floors up to the cornice height of the surrounding nineteenth-century buildings.

The underground floor of the new building is equipped with bicycle racks and some technical rooms. The ground floor of the building includes two subject classrooms, an entrance area with secretarial services and sanitary facilities, which are connected to the existing playground.

The second and third floor recede to the left and right in relation to the nineteenth-century buildings and are developed according to a three-way split with two classrooms each to the left and right. In the middle there is the circulation and a large hall that can be used for cross-class activities. This three-way split is defined by four structural walls at right angles to the façade, including the two closed side walls.

The front and rear façade of the new building is opened up and implemented as a fully glazed façade resting on a massive plinth in line with the plinths of the historical buildings on the site. The uniform glass façade with a simple rhythm of glass divisions ensures a pure and serene integration into the historical context.